The Chelsea Clock Company, founded in 1897, is one of the oldest, largest, and few remaining American clock manufacturing companies in existence. For over a century, Chelsea's clock makers have been designing and handcrafting distinguished, high quality clocks for customers in the corporate, consumer, government and marine markets. Today, the company continues to build and repair clocks at its original corporate headquarters in Chelsea Mass.

The story of Chelsea Clock spans more than a century and is closely entwined with the history of clock making in America. Its early years, however, like those of the nation itself, were sometimes ones of turbulence, survival, and unflagging devotion by the owners, craftsmen, and shop workers who have helped it endure. As in many trades, early American clock makers learned their craft as apprentices to master craftsmen. Some later established companies in their own names. Like many entrepreneurs, however, their grasp of business skills was often weak and so their fledgling enterprises frequently failed.

One of America’s earliest and most successful clock makers was Simon Willard, renowned for his banjo and other fine clocks with movements of cast brass and exquisite mahogany cabinetry. In 1842, Edward Howard, who apprenticed under Willard’s nephew Andrew, founded the E. Howard Clock Company. In turn, Howard taught a promising and inventive apprentice named Joseph Eastman, who later founded the Eastman Clock Company. At one point, Eastman adapted the movement from a large Waltham watch to a small clock, thereby enabling it to operate—unlike a pendulum clock—in any position. Eastman’s entrepreneurial efforts, however, ended in bankruptcy shortly after building a new factory just north of Boston in Chelsea, Massachusetts.

For a brief time thereafter, a small group of businessmen operated the facility as the Boston Clock Company of Maine. On July 23, 1897, Charles Pearson, a native Bostonian, acquired the property and, within days, began operating it as the Chelsea Clock Company. The site has been home to the company ever since.

Chelsea’s board of directors elected Whipple Potter the company’s first president and Pearson, a man of considerably less management experience, its treasurer. In buying the company, Pearson saw strong market potential for premium quality timepieces and was soon captivated by the idea of producing the world’s finest clock. When buying the property, Pearson also acquired its tools and machinery—much of the latter jury-rigged and badly worn. He immediately set about expanding Chelsea’s workforce and investing in major plant and equipment improvements. Early production centered on pendulum models and brass plated, non-striking marine clocks. Pendulum clocks, with their fine mahogany cabinets, often took months to produce. The company produced its marine clocks entirely in-house, so these created revenue far more quickly.

Under Pearson’s guidance, Chelsea made numerous product design improvements, many of which it patented. These included the design for a ship’s bell clock having a fully encased chime and striking mechanism, patented in 1900. By 1903, the company also produced clocks for automobiles, soon counting Rolls Royce, Packard, and Studebaker among its customers. It wasn’t until 1906, however, that the company earned its first profit. The United States Navy was by then ordering Chelsea’s marine clocks in increasing quantities, leading other military branches to follow their lead. In 1907 and 1908, the U.S. Treasury Department ordered more than 100 clocks for its offices throughout the country. This motivated Pearson to establish the Boston Clock Company, essentially a separate brand for clocks and related instruments—including an artillery time fuse—the company manufactured to meet government standards.

From 1906 until the late 1920s, Chelsea’s business grew profitably under Pearson’s guidance. In 1928, however, he died following a brief illness. He wanted William Neagle, who he had hired 26 years earlier, to have first option on buying the company, which Neagle soon did.

Neagle was quick to replace less popular models with new ones, including the Forecaster, Fulton, and Georgian. Shortly after he assumed ownership, however, the stock market crashed and the Great Depression set in. Through drastic inventory and cost reductions Neagle managed to keep Chelsea afloat. When World War II arrived, Chelsea’s role as a government supplier helped offset declining consumer sales. Neagle retired in 1945, selling the company to longtime employees George King and Walter Mutz.

In postwar 1946, the United States Air Force created its Strategic Air Command (SAC) and equipped each if its bombers and nuclear missile silos with Chelsea clocks. Meanwhile, Mutz noted a growing demand for electric clocks and, in 1947, introduced Chelsea’s Model VE. He also introduced consumer versions of its popular military clocks, the Type “A” (12 hour) and Type “B” (24 hour). Mutz and King eventually discontinued several models, including the Athena, Fulton, and Magellan, while adding others, among them Bookends, Comet, and Corvette. James Leone, Chelsea’s director of engineering, also introduced several improvements to the company’s Ship’s Bell model, including the addition of a stop strike lever. The redesigned movement, called the Model 4L, remains largely the same to this day.

In 1970, Mutz and King sold Chelsea Clock to Automation Industries, where Chelsea became part of the marine division. Soon thereafter, Chelsea’s management noted the growing popularity of less expensive European movements, leading it to introduce a line of mid-priced clocks with German-made Hermle movements. To distinguish them from its premium clocks, Chelsea introduced its Boston Ship’s Strike brand. In 1972, just two years after acquiring Chelsea Clock, Automation sold it to Bunker Ramo Corporation who, among many things, was the nation’s largest producer of automotive clocks. In 1975, Chelsea began marketing its Ship’s Bell and house strike (12-hour chime) movements with pendulum escapements in the popular banjo style. That same year, it also designed and introduced its first tide clock.

Bunker Ramo sold Chelsea in 1978 to Richard Leavitt, a native Bostonian, avid sailor, and former corporate auditor. Leavitt soon realized Chelsea could no longer rely largely on its government, marine, and Ship’s Bell sales, so he revitalized its jewelry house line, introducing ten new clock models in 1981. He also resumed efforts to reserve the Chelsea brand name for the company’s premium timepieces, and use the Boston brand for mid-line products—a practice he abandoned ten years later. By 1984, quartz and digital timekeeping technology were well established, leading Chelsea to introduce its Chronoquartz clock, named for its chronometer-like accuracy.

In 2005, after leading Chelsea Clock for more than 25 years, Leavitt, sold the company to JK Nicholas, an investor in Boston Scientific a business consultant, entrepreneur, and longtime collector of Chelsea clocks. Today, the company continues to produce its famed Ship’s Bell clocks and a variety of other models—all crafted, hand assembled, and serviced at the same factory where the company was founded more than a century ago.

Throughout its stormy history, the company’s commitment to high quality has enabled it to endure and, in the process, brought much notoriety. Many U.S. presidents and government dignitaries have owned, given, and received Chelsea clocks. They ride aboard many of world’s finest yachts to ports large and small throughout the world. Early Chelsea clocks have become cherished antiques, highly valued by museums and private collectors alike. Chelsea Clock's continuing uncompromising attention to quality has resulted in the company’s more recent reputation as “The Last Great American Clock Company.” 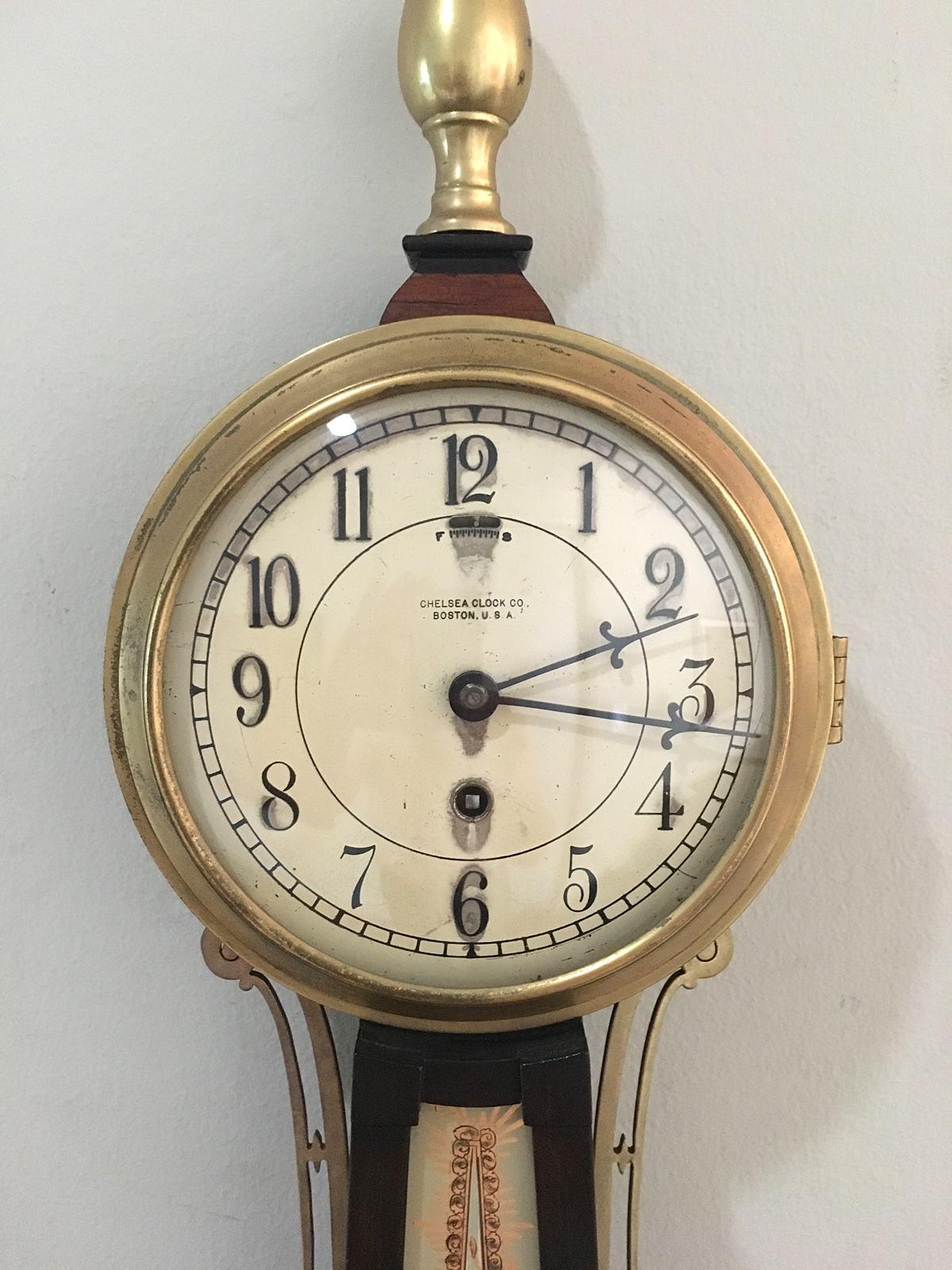 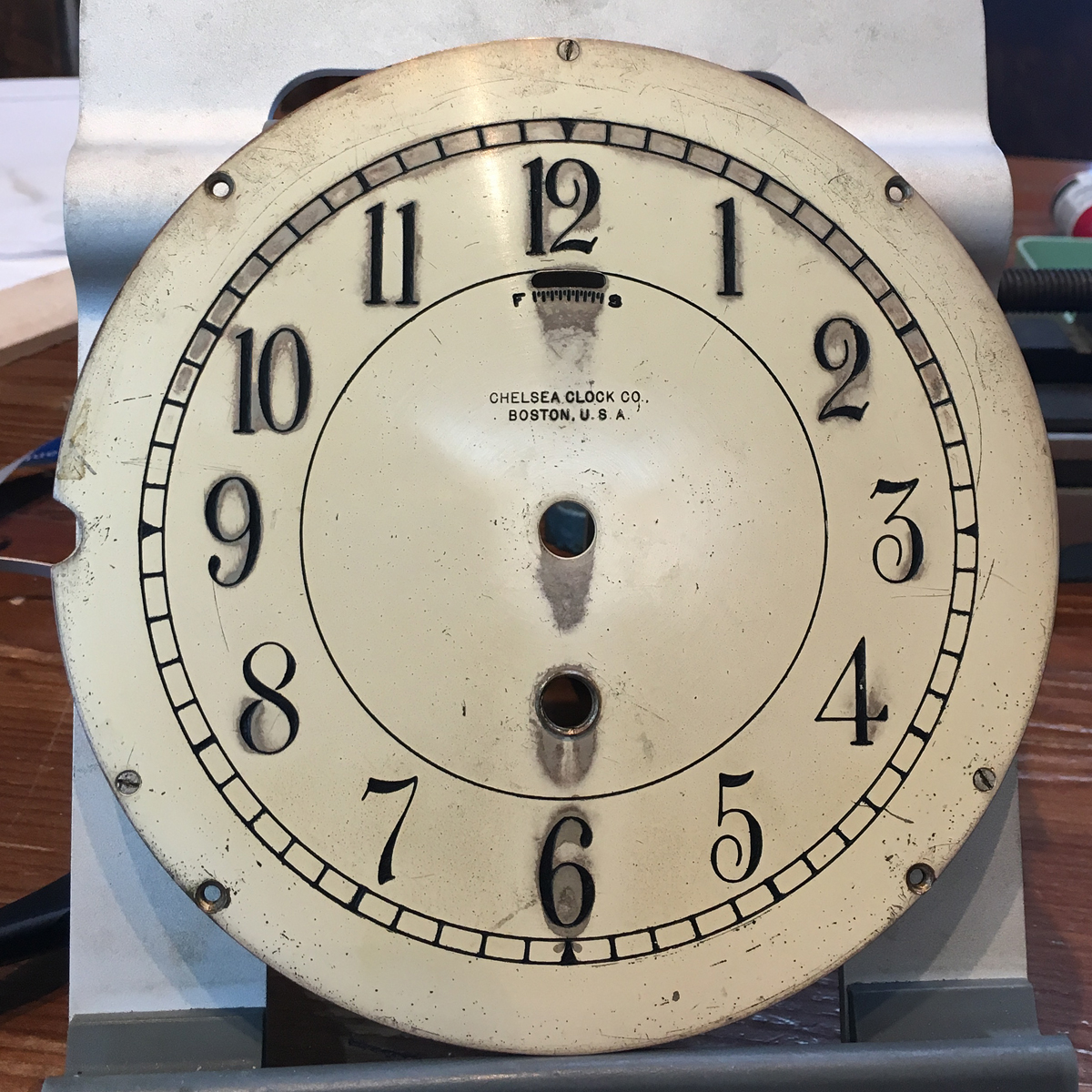 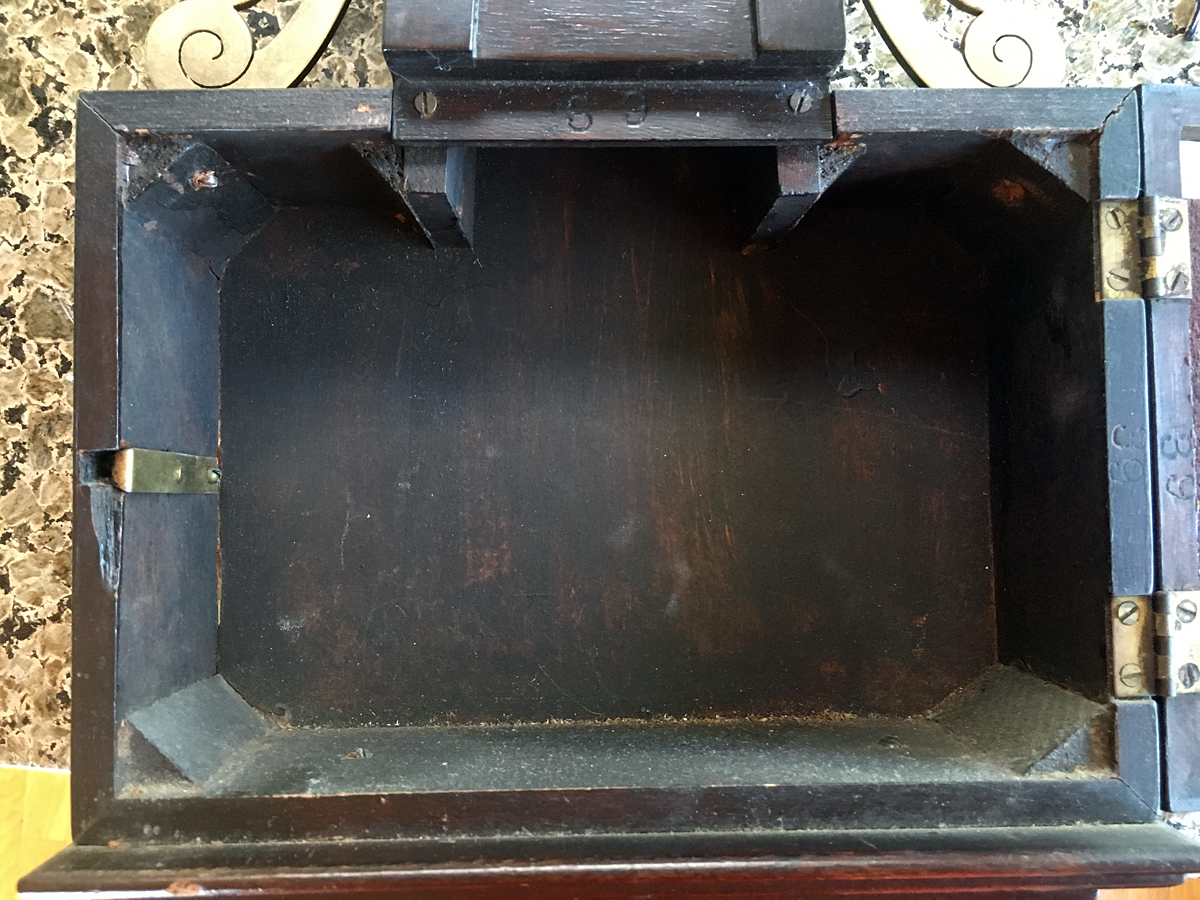 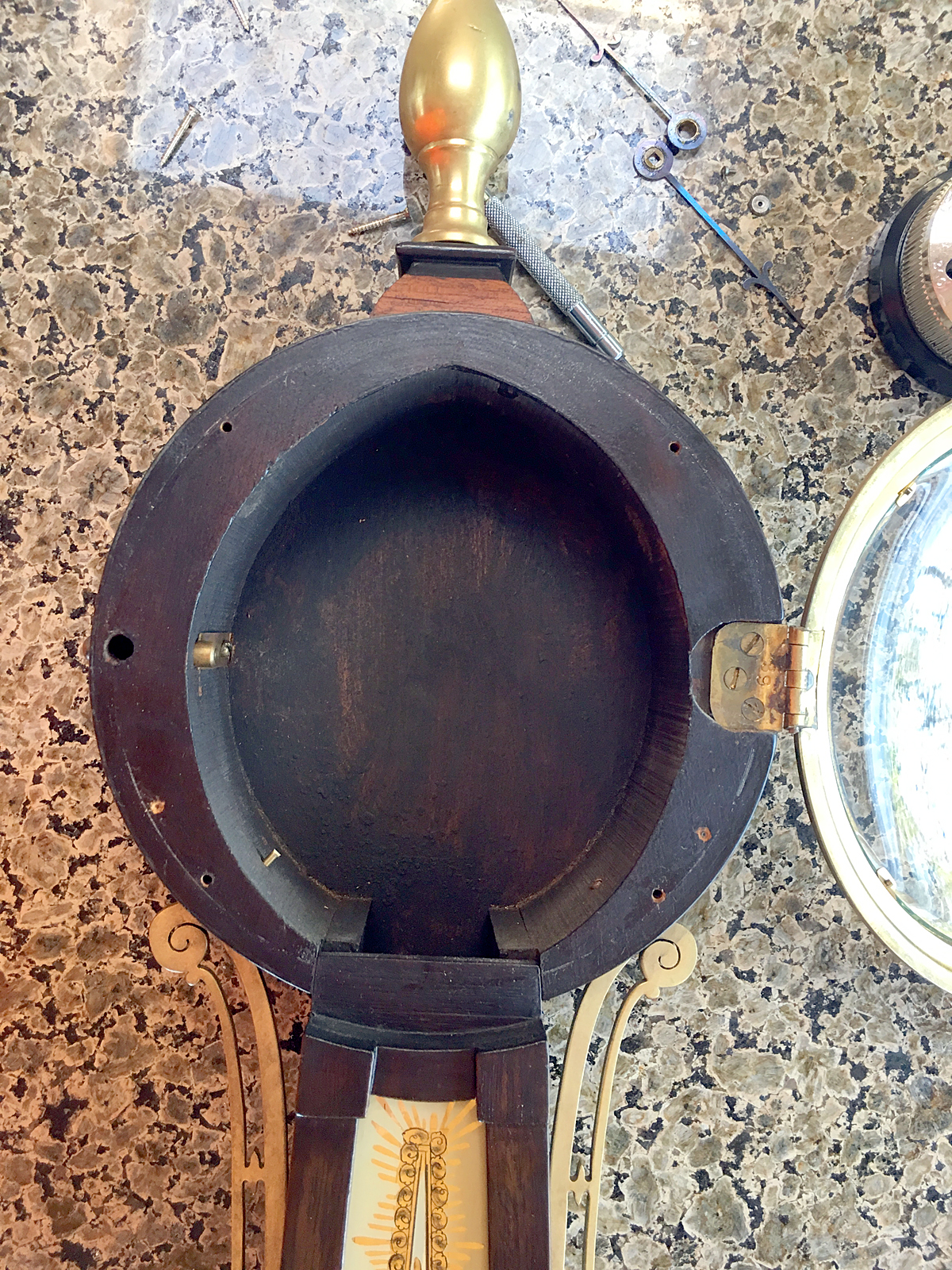 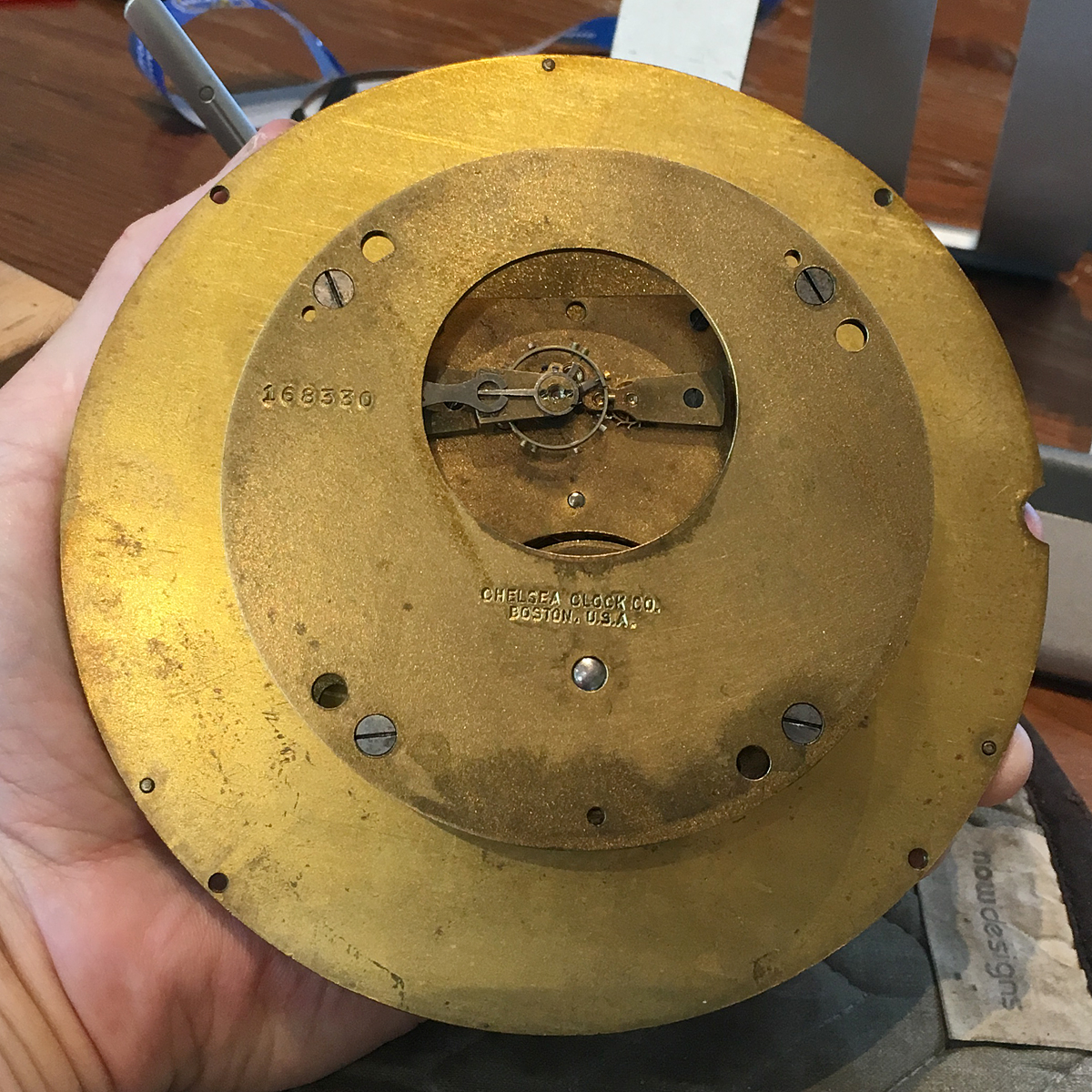 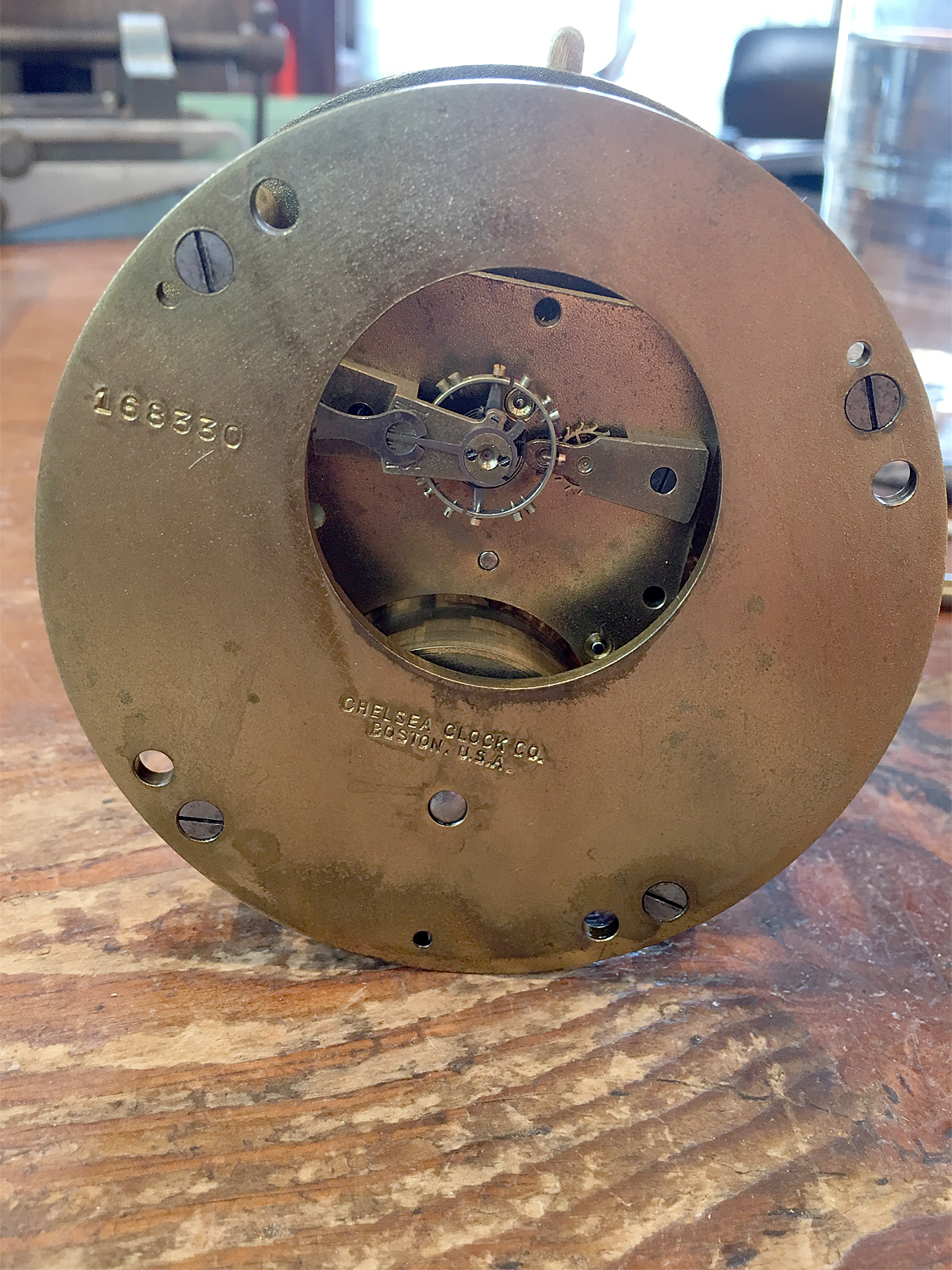 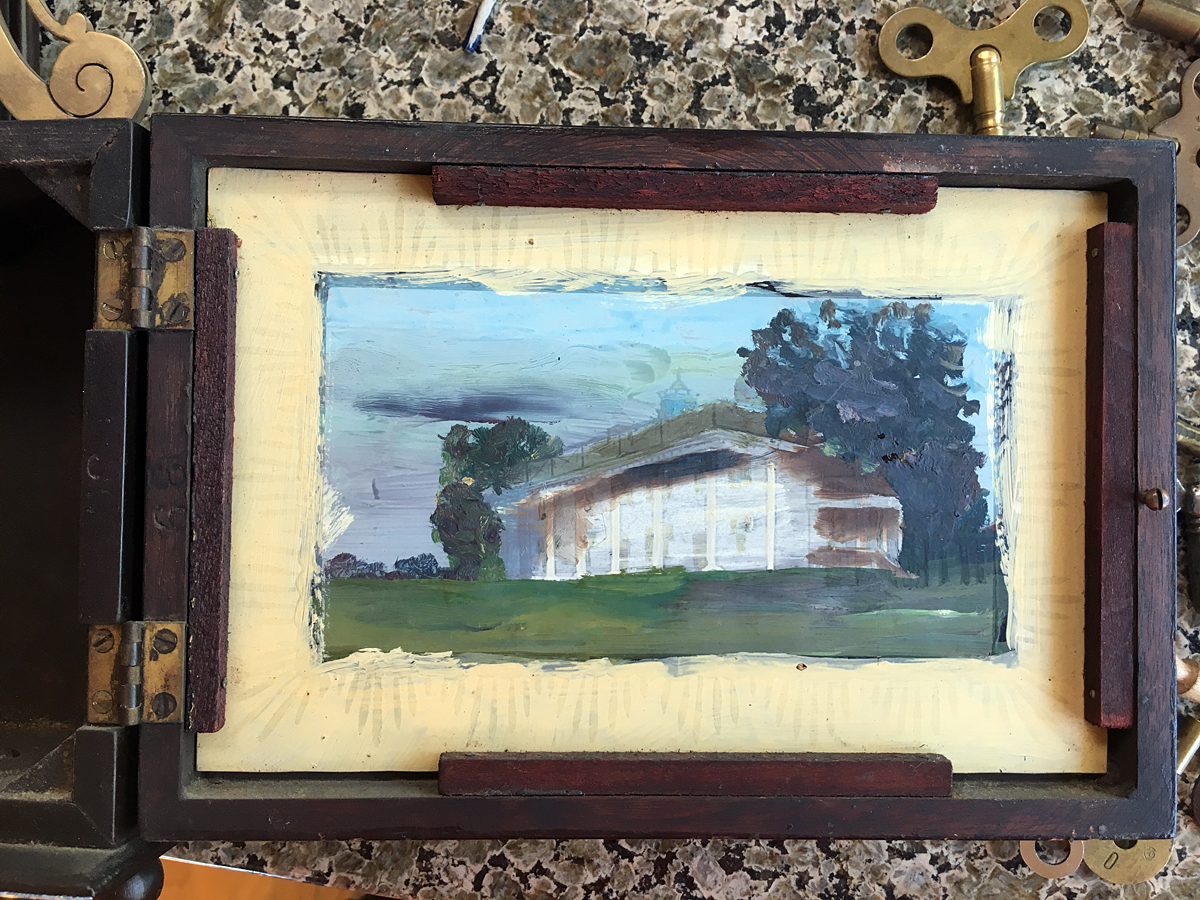 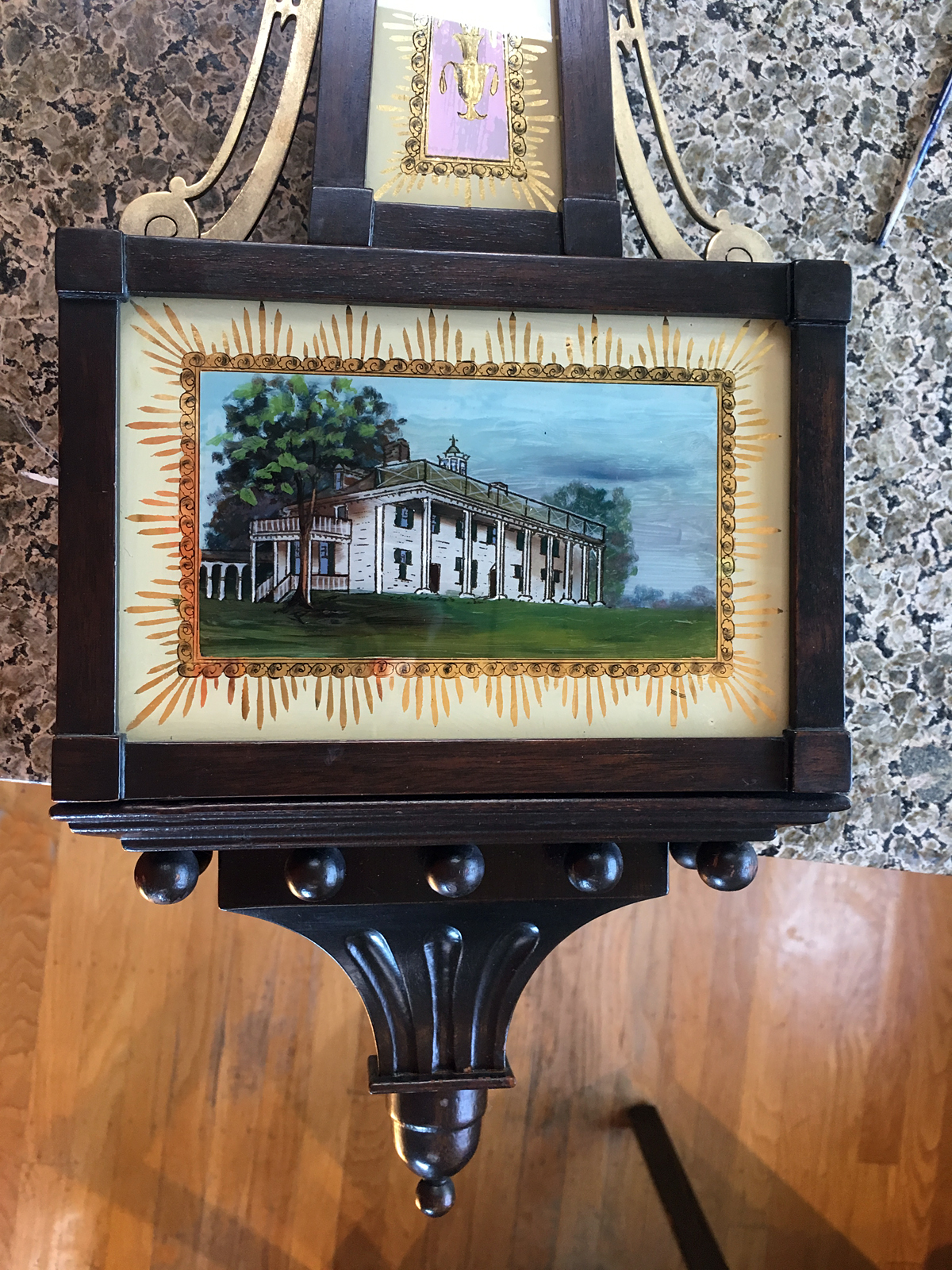 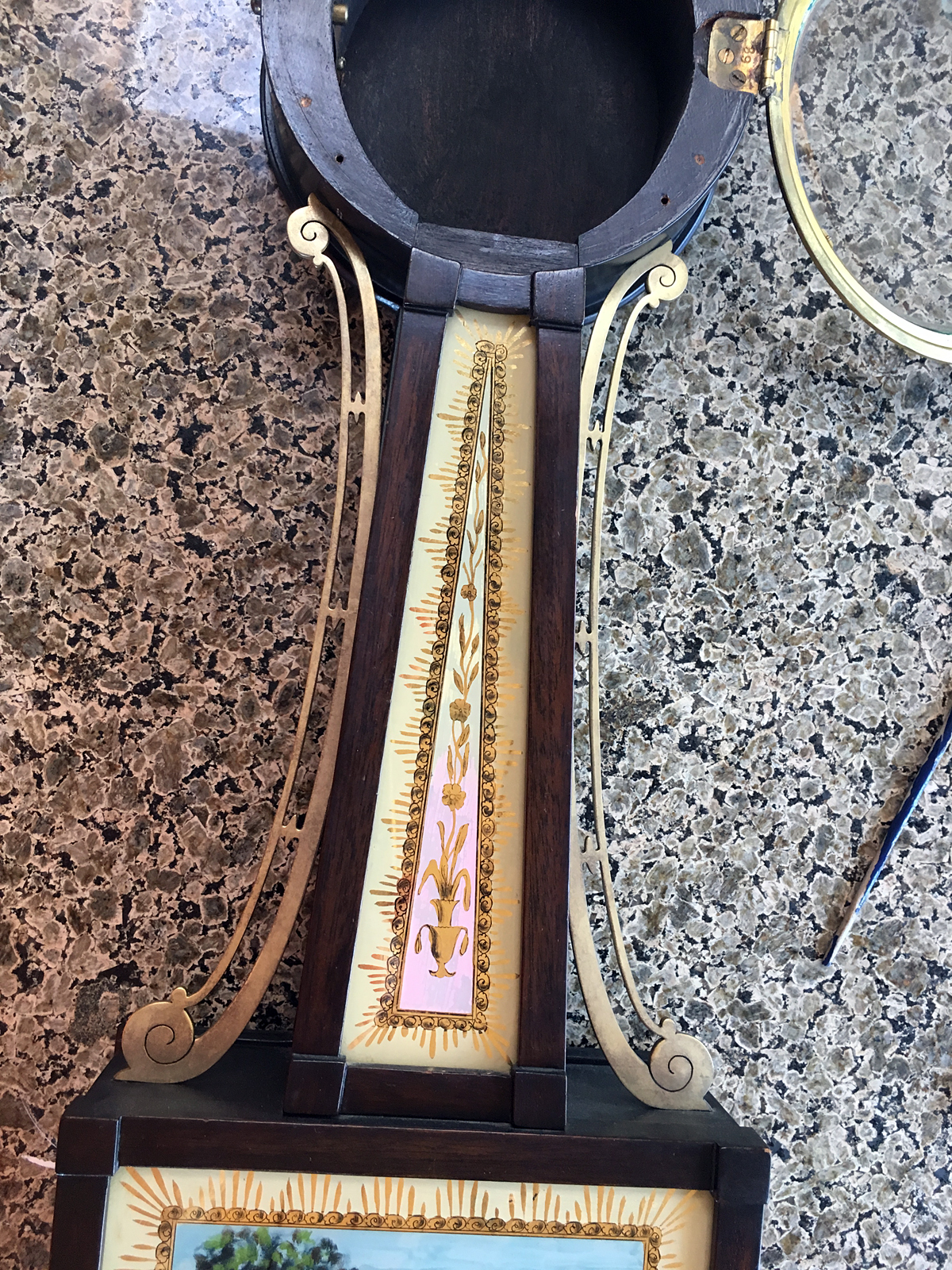