click image for full gallery...
a c1825 Banjo Clock from the partnership of John Sawin and George Dyar.

John Sawin was born in Roxbury, Massachusetts on September 13th, 1799. It is thought that he was trained as a clockmaker by his uncle Aaron Willard. John was also related to Lemuel Curtis who was a cousin. Throughout his career, John had a number of working relationships. It appears the he worked with Simon Willard in 1819-1820. He is then listed as a journeyman working with Aaron Willard Jr.

By 1822, Sawin had formed a partnership with George W. Dyar as Sawin & Dyar. This lasted until 1827. John continued to make clocks on his own and employe many apprentices and journeyman. The number of signed Swain clocks that survive is today’s marketplace suggests that he was very successful. He advertised that in he made Tower clocks and wall regulators. Wall timepieces, gallery clocks and Massachusetts Shelf clocks have been found.

In December 1830 Simon made an inquiry of John Sawin. In response, Sawin wrote on December 23, “I should like to take one dozen movements . . . and pay you in castings at 37 cents per pound, and take the movements at $4.00 each. I have some of the finest castings you have ever seen . . . which can be done in the course of 2 or 3 days.”

The conservation of metal and the use of three pillars were not unusual in New Hampshire. Of interest is that the rear plate of this move- ment uses two “dog ear” attachments to secure the movement to the clock case (See Figure 1C). This is very much in the style of Sawin & Dyar, who first used this form of attachment a half century earlier.

The life of this talented craftsman ended tragically due to a freak accident. On the 22nd of February 1850, Joseph Dyar left his shop, located on the Main Street section of the building that preceded the Battell Block, next to the bridge, headed back to his wife and children in the family home at 26 Seminary St. The sidewalks were icy, so he chose to walk in the middle of the street. Just at that moment, the new train—which had only begun passing through downtown Middlebury two months earlier—came through on the track under Main Street, giving a loud blast of its steam whistle. The as-yet-unfamiliar noise startled a pair of horses that were attached to a lumber sleigh and tied to a post in front of Harmon Sheldon’s store on Merchants Row. The Middlebury Register stated that the frightened animals “ran violently up the street.” Dyar, “not seeing his danger, was thrown down by the horses, one runner of the sleigh passing over his head, and dragging him a short distance before he was extricated.” There was no hope of recovery. The newspaper stated that Dyar, “was taken up senseless, and remained so, most or all of the time, until he died, about twenty-four hours later.” He had lived in the town nearly thirty years, during which time “he earned an enviable reputation for integrity and uprightness.” At the time of his death, he was only 55—a man who might have created many more beautiful objects, if he had been given the time.

a c1825 Banjo Clock from the partnership of John Sawin and Georger Dyar. John Sawin was born in Roxbury, Massachusetts on September 13th, 1799. It is thought that he was trained as a clockmaker by his uncle Aaron Willard. John was also related to Lemuel Curtis who was a cousin. Sawin and Dyar partnered from 1822-1827. 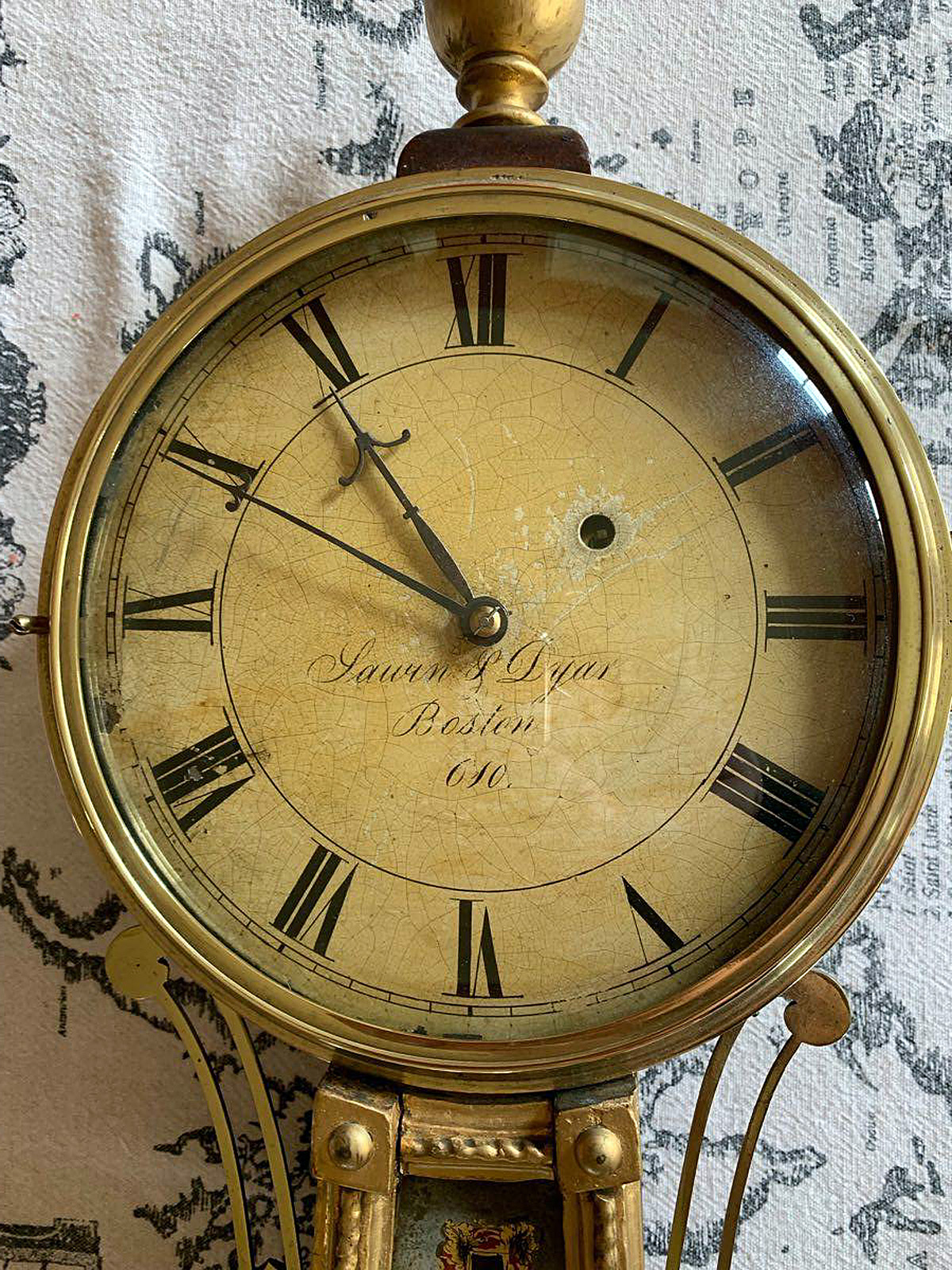 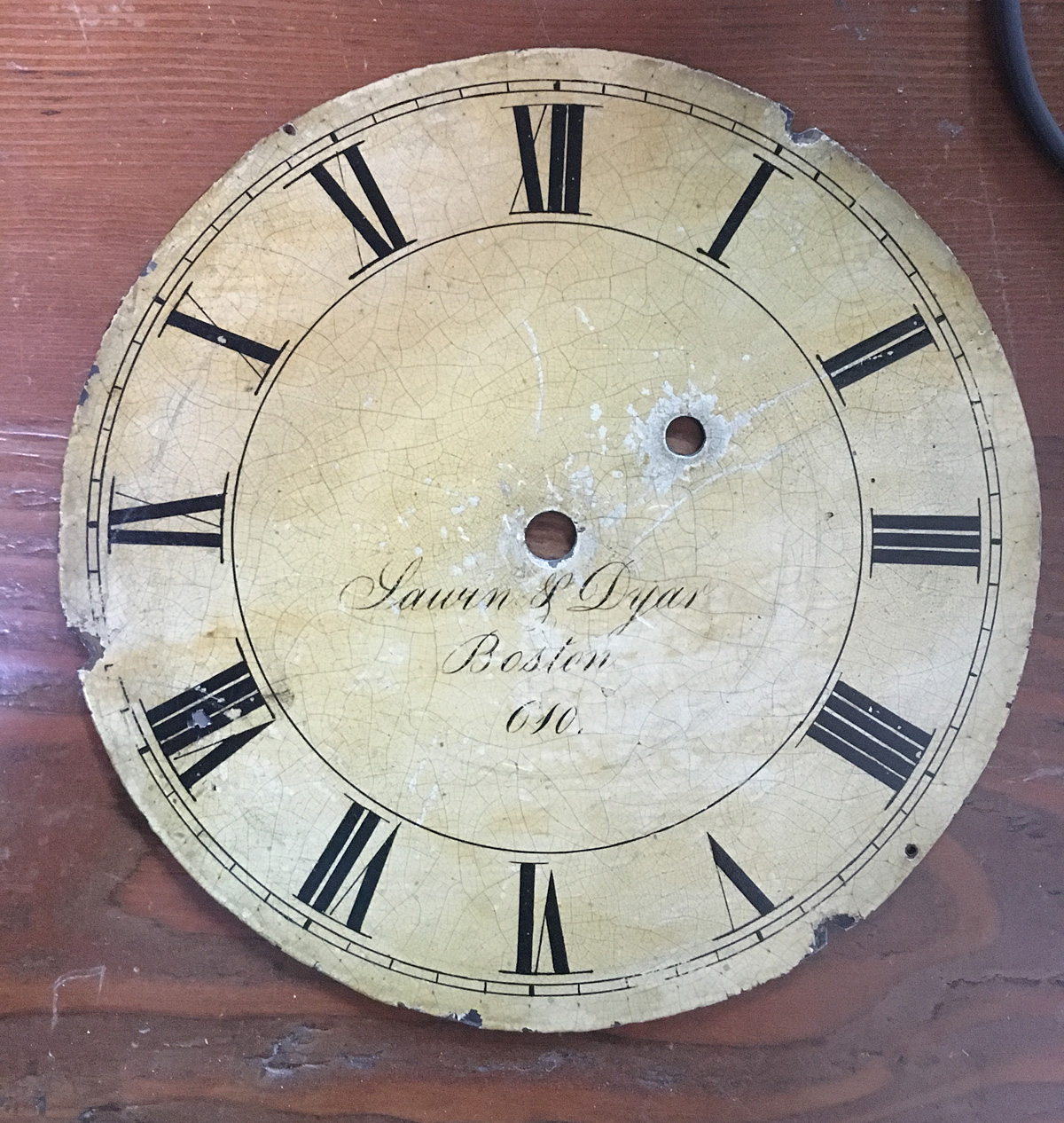 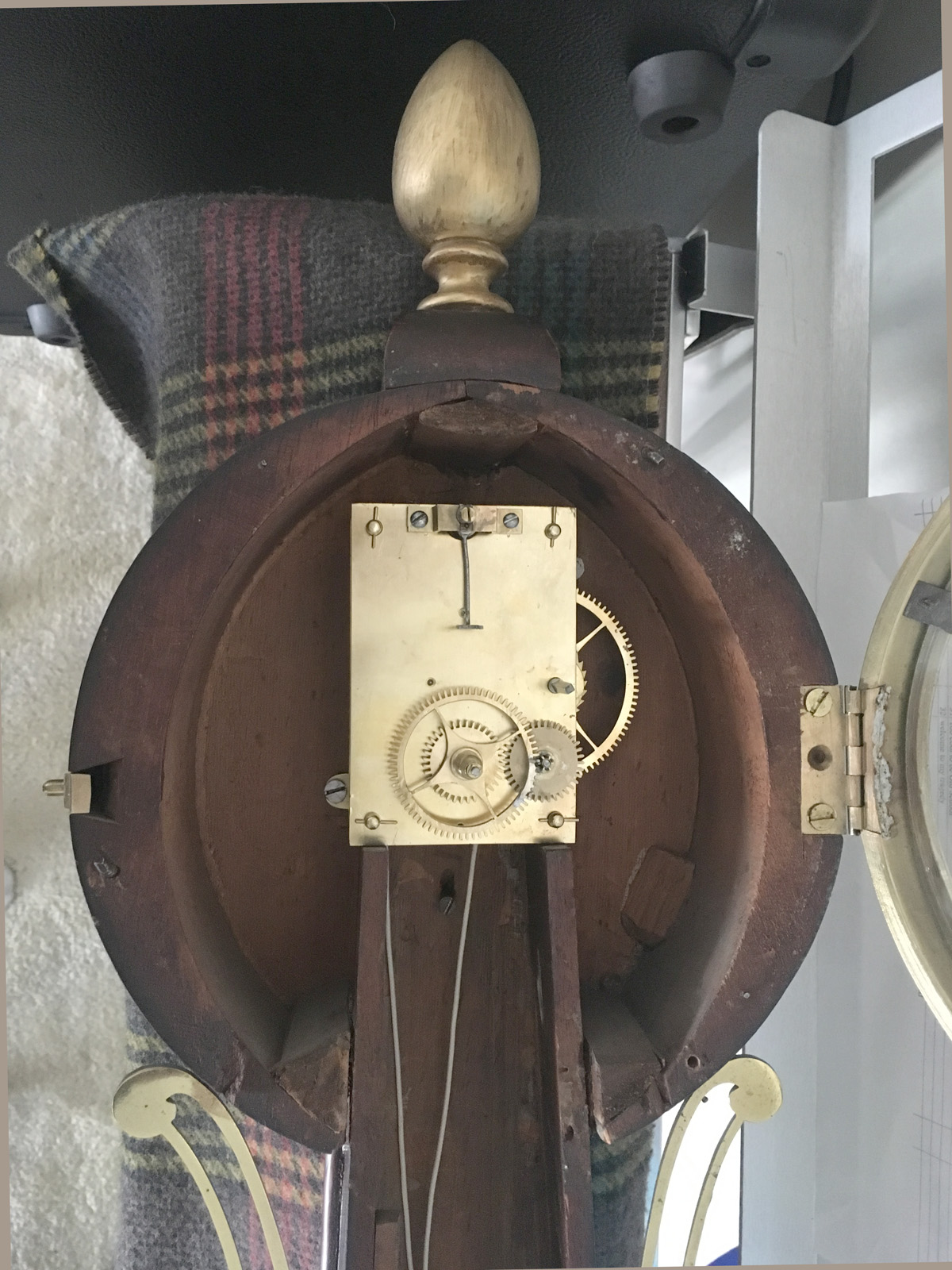 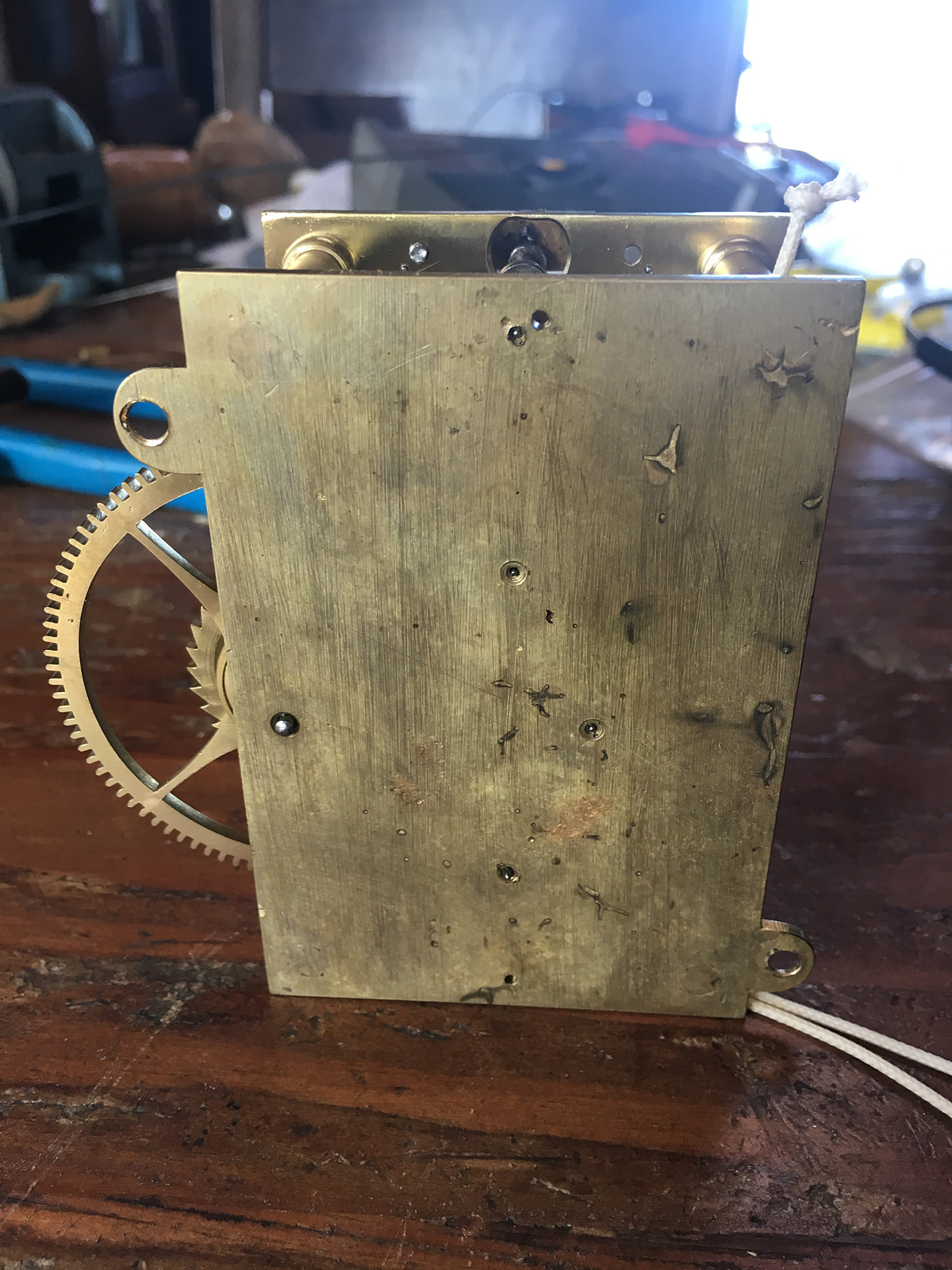 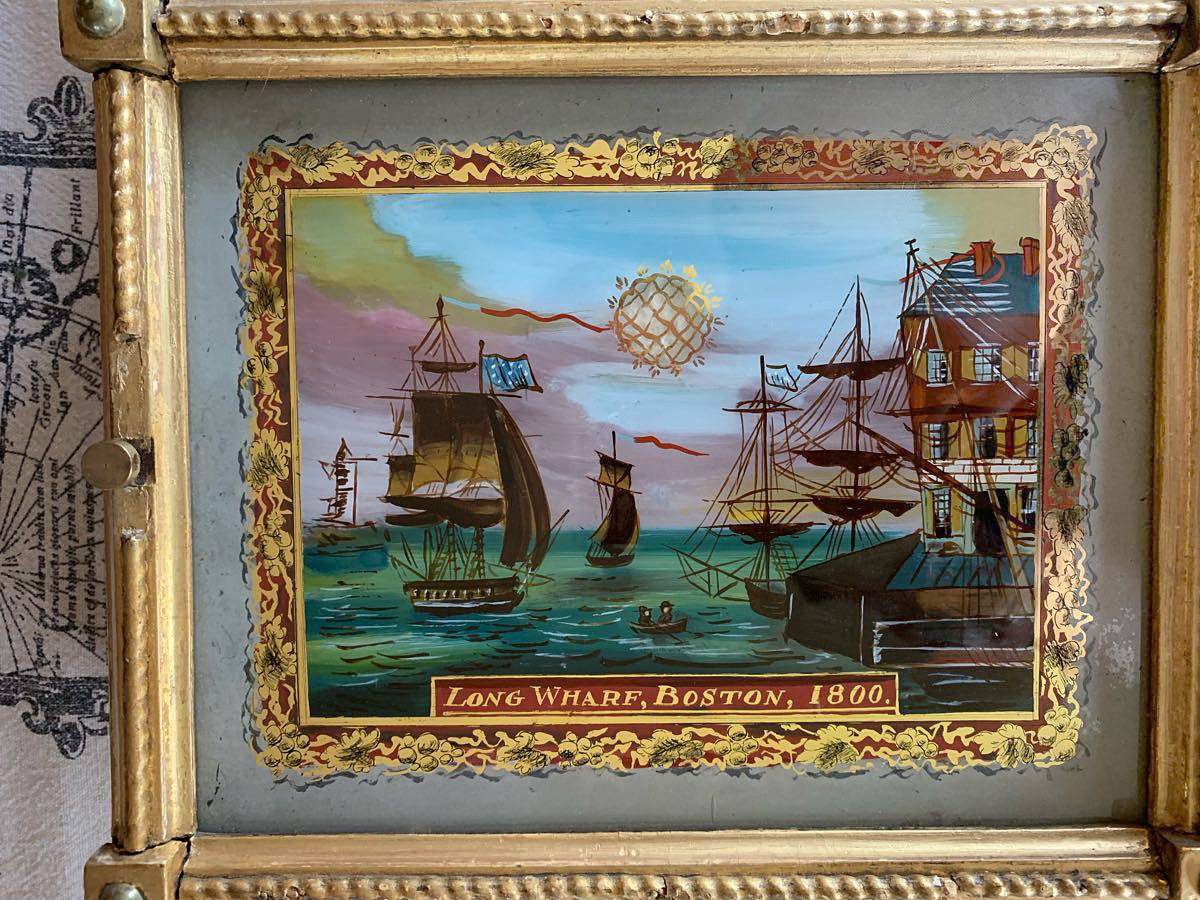 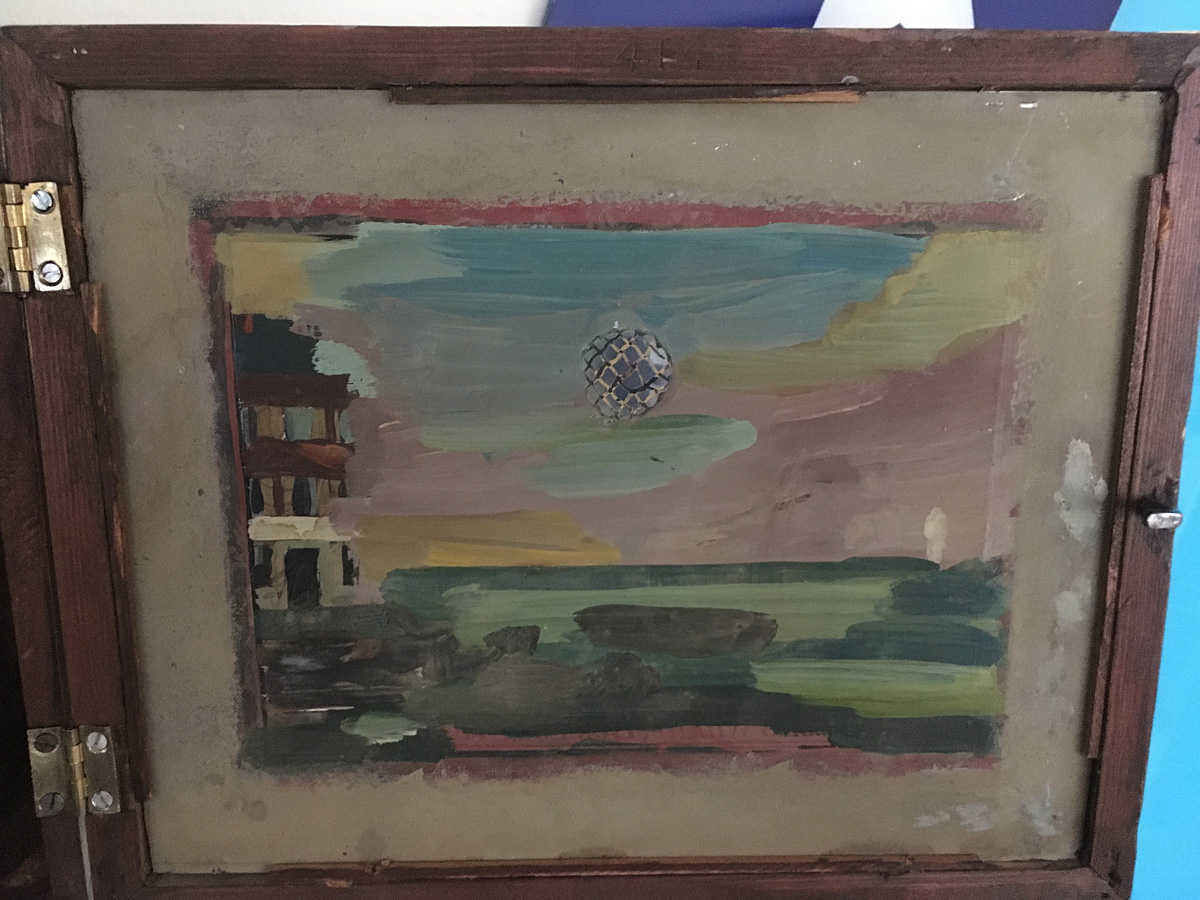 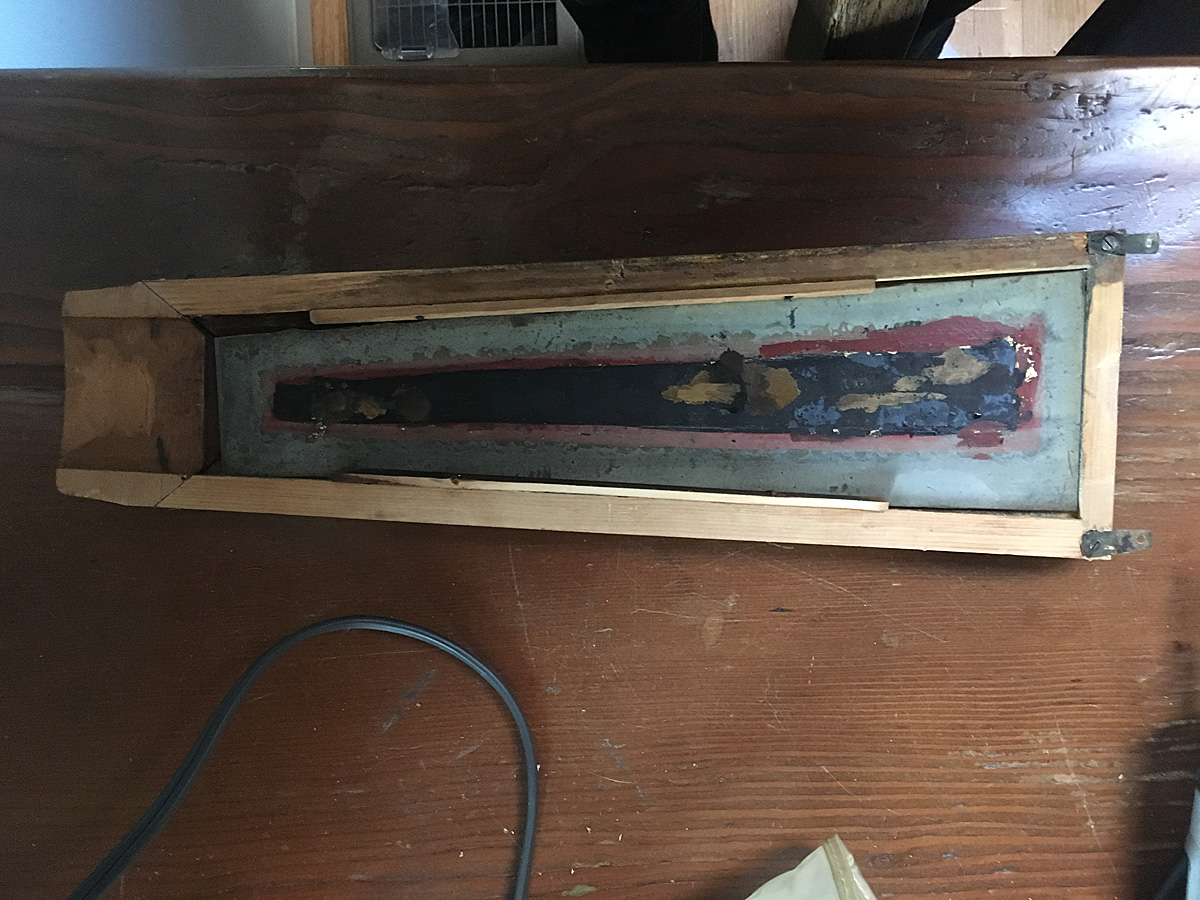 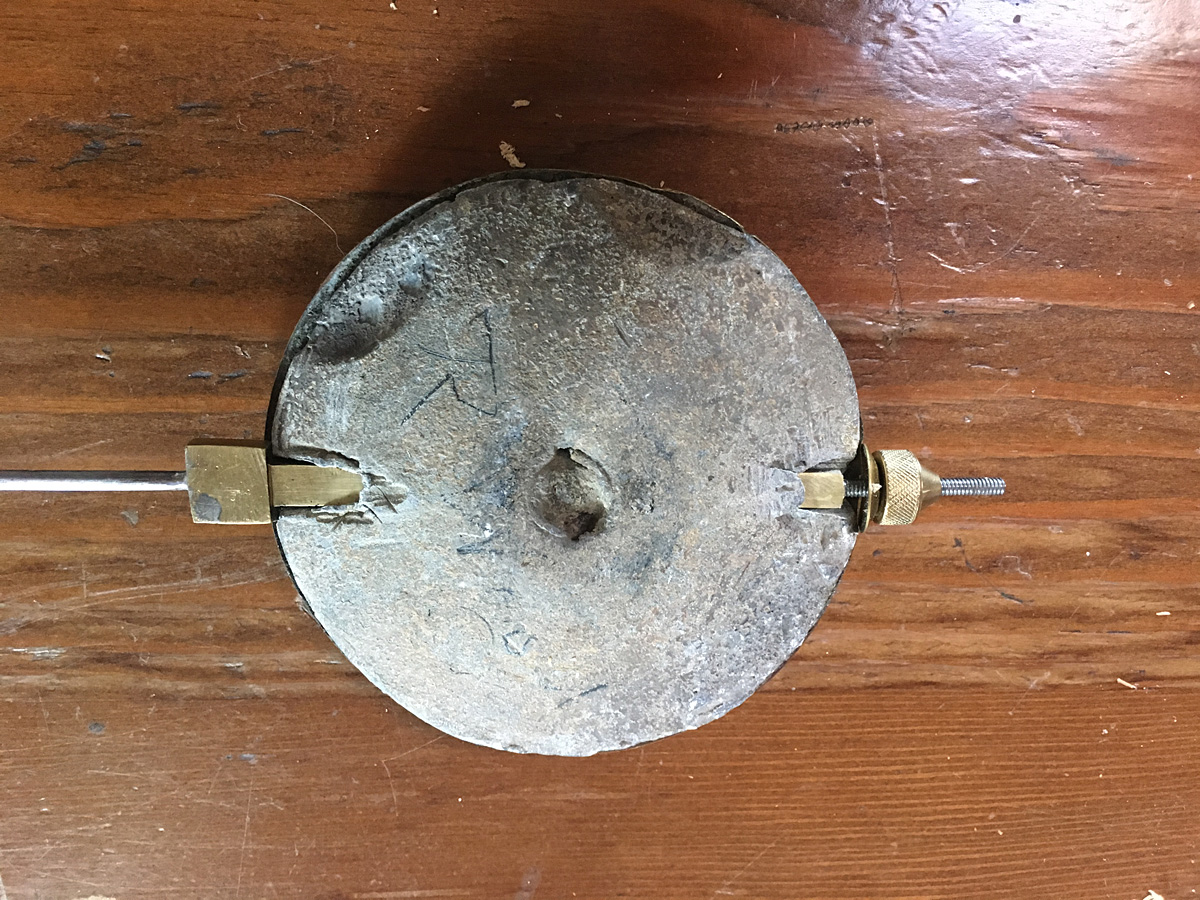 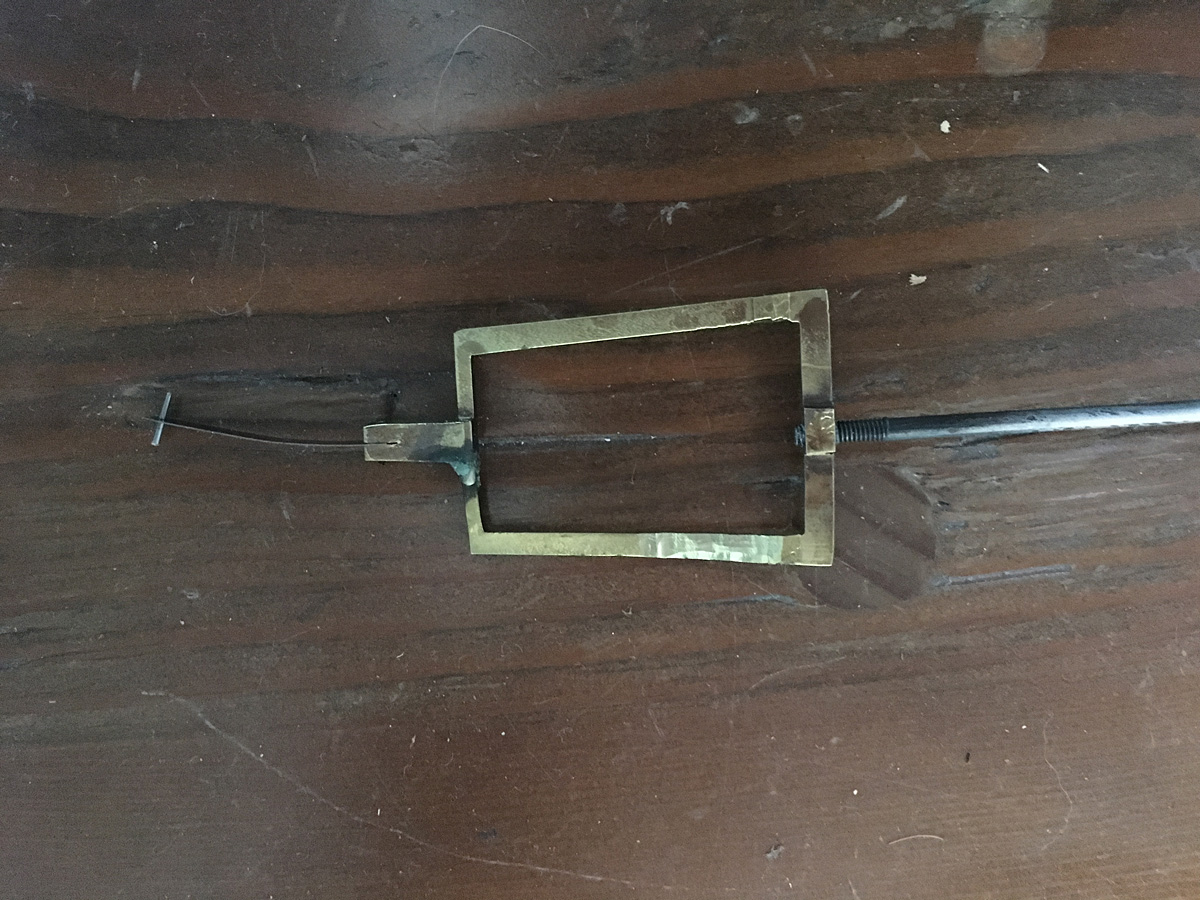 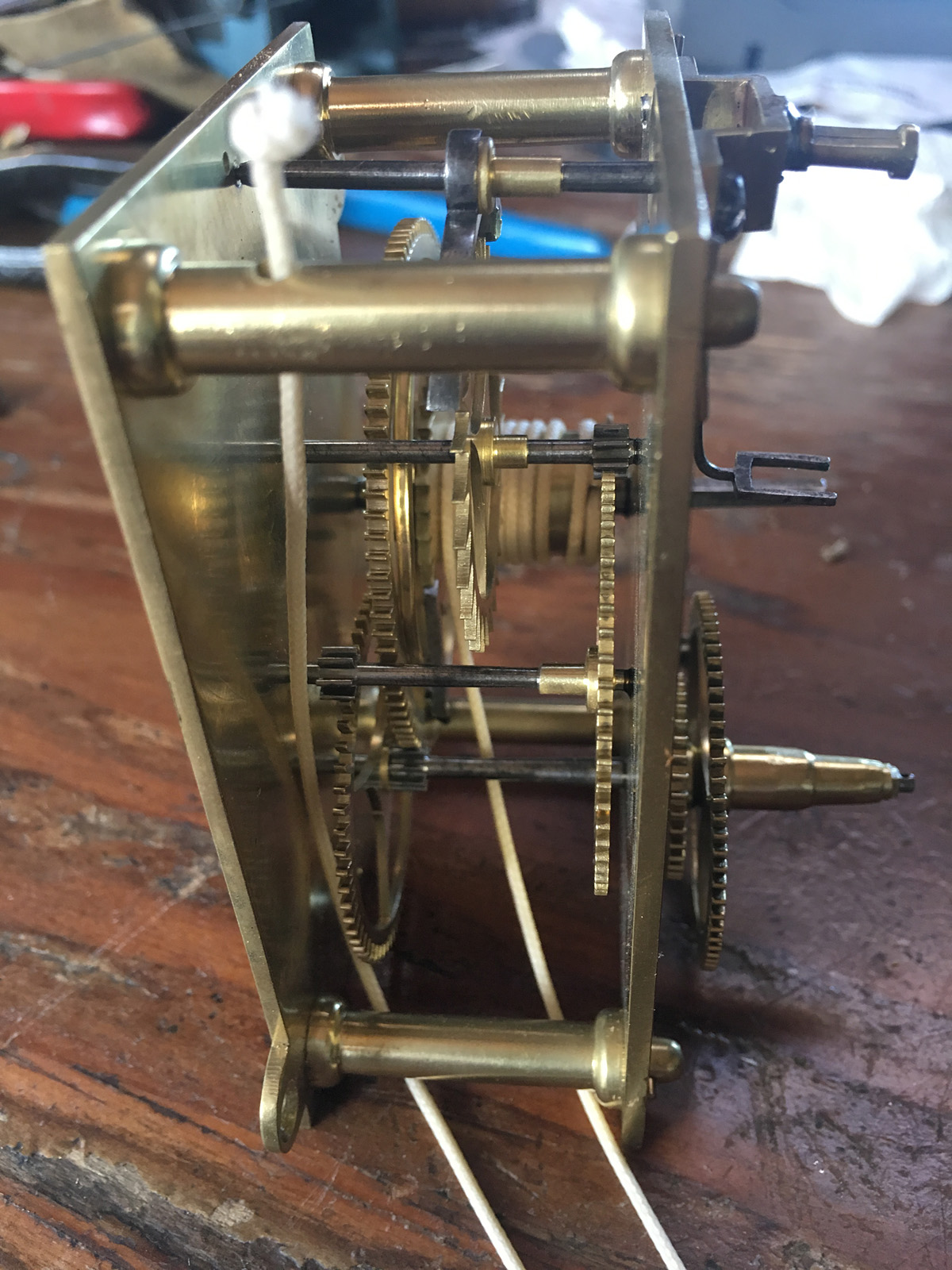 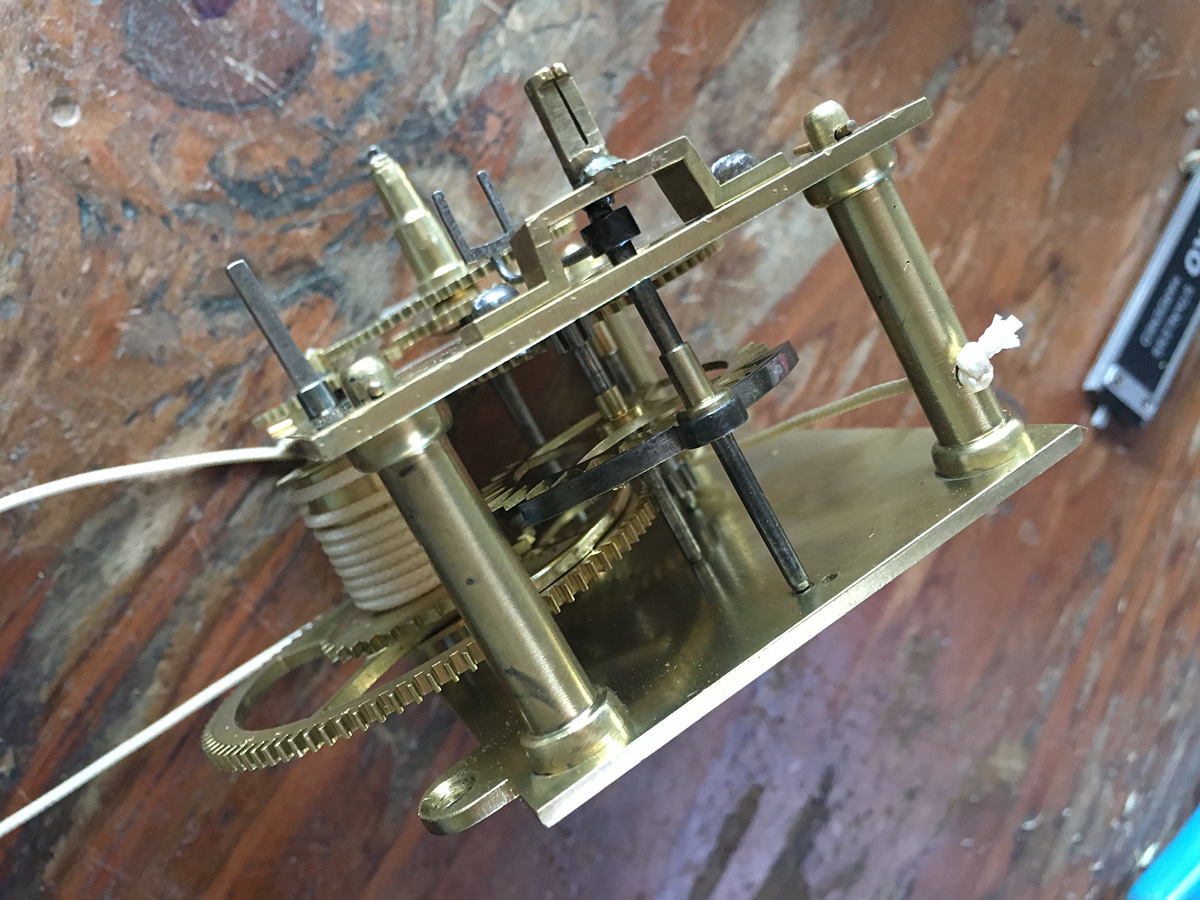